On April 10, the Trump administration announced that it will temporarily suspend publishing its weekly reports attempting to name and shame localities that have not turned over immigrants allegedly convicted or charged with crimes to ICE custody. This announcement comes after ICE only published three such reports and amidst criticism from the public and law enforcement agencies that have revealed the skew of the administration’s cherry-picked reporting. ICE spokeswoman Sarah Rodriguez says the agency needs to “analyze and refine its reporting methodologies.”

This column was launched in direct response to these weekly reports and the overall intent of Trump’s new agency VOICE (Victims of Immigration Crime Engagement). While we applaud the halting of Trump’s lists, our work is not done and this column will continue as long as ICE continues to harm people trapped in the immigration detention system. This week, we uncover a shocking and widespread pattern of sexual abuse in immigration detention.

CIVIC has released a report this week and filed a federal complaint with the Office for Civil Rights & Civil Liberties within the Department of Homeland Security (DHS) detailing the prevalence of reports of sexual abuse, assault, and harassment in U.S. immigration detention facilities and the lack of adequate government investigation into these reports.

For its complaint, CIVIC analyzed data obtained through a Freedom of Information Act (FOIA) request for sexual assault data from the DHS Office of the Inspector General (OIG). The OIG received at least 1,016 reports of sexual abuse filed by people in detention between May 2014 and July 2016, meaning that the OIG received on average more than one complaint of sexual abuse from people in detention per day during this time period. CIVIC found that the OIG investigated only 24 of those complaints, or 2.4% of the total.

This fits into a larger pattern: of 33,126 complaints of sexual and/or physical abuse against all DHS agencies made between January 2010 and July 2016, only 570 were investigated, or 1.7%. 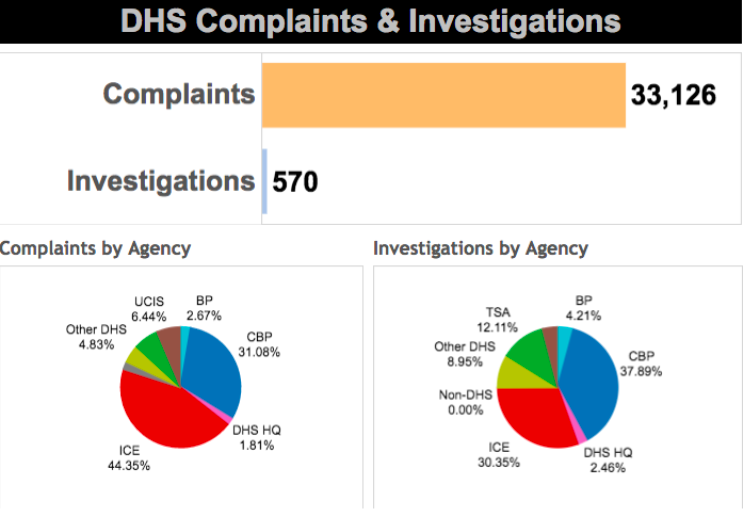 “The data is particularly disturbing given that rape and sexual assault are known to be highly underreported in immigration detention facilities due to fears of retaliation, social isolation, language barriers, and the knowledge that allegations are not seriously investigated,” said Rebecca Merton, Independent Monitor and Program Coordinator of CIVIC’s National Visitation Network. 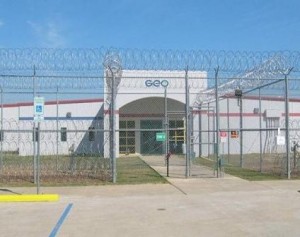 CIVIC is submitting this complaint on behalf of 27 people, including 8 class representatives, who are in immigration detention or have been released from detention and have experienced sexual abuse.

One of these individuals, Rosanna Santos, was sexually harassed by a corrections officer in immigration detention at the York County Jail, who told her that if she did not do whatever he said that he would sodomize her. Shortly after filing a complaint about the incident, Ms. Santos was inexplicably placed into solitary confinement for 11 days.

“A lot of the girls there had problems like this. Most of them don’t even end up complaining or saying anything about it because they’re scared of retaliation,” said Ms. Santos, a class representative in the complaint. “Since my complaint, nothing has happened. It is like they want to keep me quiet.” 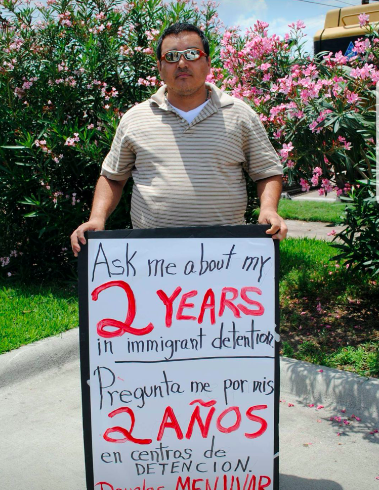 When Douglas Menjivar reported being raped twice while detained at the Joe Corley facility in 2013, he was told he was “stupid” for letting it happen.

“I did everything possible to fight, but they were asphyxiating me,” Menjivar said. “After the second time, they said, ‘Don’t say anything or we will kill your family in El Salvador.’”

He told Buzzfeed News: “I’m talking about what happened to me because I don’t want it to happen to someone else. It’s a bitter pill to swallow to have this happen to you, it’s hard to live with.”

In light of the disturbing reports and numerous sexual abuse allegations detailed in their complaint, CIVIC is urging Congress to establish the second bipartisan National Prison Rape Elimination Commission (NPREC) to investigate the effectiveness of PREA in preventing sexual assault and violations of PREA in CBP and ICE detention facilities. CIVIC is also calling on DHS to ensure that all DHS facilities, including all ICE detention facilities and CBP holding facilities, have not only contractually adopted but also implemented the DHS PREA standards, and to proactively and quarterly publish information on all reported complaints of sexual abuse in DHS facilities.

Read a copy of the complaint here.