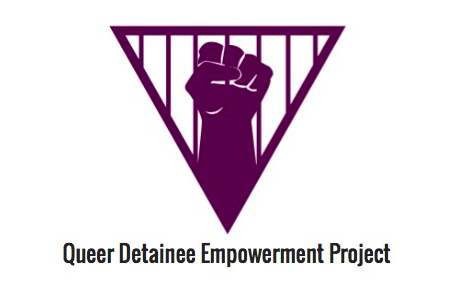 While I don’t typically write a formal letter or appeal for political movement publicly, this issue has no sign of ending anytime soon, and this is incredibly close to home; I personally have multiple stakes in this struggle. If I were one generation back, I would be seeking asylum from a predominantly Muslim country as an Arab, Queer, Non- binary Muslim. **My****only hope is that you will read this with an open heart, mind, and share. **Let’s continue to build a strong movement in support of Muslim migrants, especially LGBTQI/HIV+ Black and Brown Muslim immigrants.

The Muslim Ban is an intersectional fight, and we all have a place in it.

After Trump’s multiple, unsuccessful, pushes for the Muslim Ban in the United States, beginning January 27th of this year, he has now managed to push it through to the US Supreme Court. Even post these two attempts, where appellate courts in two different federal courts blocked the ban, the Supreme Court will now review the ban to determine if the ban is constitutional. In short, they’re all guilty.

First, it’s important to know that Justices have already granted parts of the administration’s request to put the order into effect while the legal battle continues immediately. So within 72 hours of the court ruling, the ban began as of Thursday, June 29th, 2017. Citizens from the six Muslim majority countries (Somalia, Syria, Iran, Libya, Sudan, and Yemen) will be banned from the US for 90 days, and an unclear number of refugees for 120 days.

The Muslim Ban is clearly a policy that is meant to keep Muslim communities, most of which are Black and Brown, out of the United States. It’s apparent that it’s Islamophobic and xenophobic. The US hates immigrants and Muslims — 9/11 showed us that. But it runs deeper than that.

*Let’s address the fact that Ramadan just ended and that it is Eid, one of the Islamic highest holidays. I woke- up Monday to this slap in the face by the Trump administration — post Eid and LGBTQI Pride, and it was completely strategic. And the Supreme Court is now complicit in that. ***This transparent display indicates how the American government, and the US Supreme Court, feels about Muslims.

This is blatant racism and anti- Blackness in its fullest forms. The United States has long engaged in incredible violence against the Black community in the United States, from trafficking Black bodies to the United States in beyond deplorable conditions, enslaving them, beating, raping and forcing into manual labor, to Jim Crow policies, to the war on drugs after pumping drugs into Black communities nationally, to institutional and structural violence against the Black community, to the school to prison pipeline, and even more violences, that there isn’t enough time/space to list these violations and give them justie. But, lets go to today, when we see daily the constant beating and murdering of Black men, women, Trans/GNC/NB folks and children across the United States, like Philando Castile and Charleena Lyles. So it is of no surprise that again, the United States is working to block Black folks from entering this country.

The United States has a thick and long history of ethnic cleansing. We can reflect on the not-so-long ago history of World War II, when the United States turned ships of Jewish folks, seeking asylum, from Nazi-controlled land in Europe. We can also look at the violence against First Nation communities, when the US government forced Indigenous children into “boarding schools,” where violence, sexual violence, forced erasure of indigenous languages, and more occurred to make Native Americans “respectable” by the US-colonization standard. Now, the Trump Administration is working to ban Muslims from the United States, to keep it white. Simple as that. This is just a further extension of ethnic cleansing in America — a new generation of ethnic cleansing.

Furthermore, US foreign policy has created forced migration around the globe. The US has a long history of entering countries, for example Syria and Iraq, tearing them apart, and then banning the civilians of these countries from entering the United States. We can reflect back on this occurring during the 80s and 90s under the Reagan administration and beyond throughout Latinx America. Now it’s visibly occurring in the Middle East. QDEP has been working around the struggle to let Syrians and Iraqis into the US over the years with our comrades at War Resister’s League, Arab American Association, Iraq Veterans Against the War, Jews for Racial and Economic Justice, Responsible Endowments Coalition, Showing Up For Racial Justice NYC & more.

How is this homophobic/transphobic? Simple. Nearly half of the LGBTQI folks QDEP works with in immigrant prisons are Muslim. They are Black and indigenous Muslims who are seeking asylum and safety for being LGBTQI/ HIV+ in their home countries. When the administration tries to ban LGBTQI/HIV+ Muslims, they are literally banning folks just like us. They are refusing some of the most marginalized people in this world trying to find safety. This, after their extraordinarily long journeys to the United States, often fleeing the violence that the American imperialism machine creates. Folks arrive and are held in cages, Muslims are forced to consume pork and are denied the ability to pray, they experience physical violence, harassment from ICE guards, sexual violence, psychological violence (especially through solitary and segregative confinement), medical neglect, and deplorable conditions — all inflicted by the “Free World.” Last weekend was Pride in NYC and across the US. If this isn’t a sign that Pride is for everyone, I don’t know what is.

We need to stand-up for our Muslim queer immigrant siblings today.

What does all of this mean?

While we move into the this next phase of the Muslim Ban, be wary. While media is reporting that there shouldn’t be “airport chaos,” if you are Muslim and not a naturalized citizen, be cautious when leaving the country during this time.

And, to everyone: it is our duty to understand the intersectional reality of the Muslim Ban. And it is our duty to fight this ban, because it’s been made clear the Administration will not stop until they get what they want. Our resistance and desire must be stronger, and we have that power. **We must fight hard, but lead with love while we struggle for true justice and liberation for our siblings. **It’s time for us all to get in the streets, to spread the intersectional message of this ban, not accept this reality, and win.

When I Get Knocked Down I Get Back Up