“Our situation is desperate — I am afraid if my husband is deported, he will be killed.”

This is Stephany Gissell Pacheco Herrera’s story, as told to me in series of translated emails. Stephany, whose baby is due next week, urgently needs to raise funds for her husband’s bail. Please visit her GoFundMe page and contribute what you can!

My baby — a son — is due on October 24th. My husband, Bryan Omar Castillo Morales, is detained at Adelanto. We came from El Salvador in May to seek asylum on May 24. Five months later I am here alone, desperate and afraid.

In El Salvador my husband made furniture and did carpentry. I worked in a women’s store that sold jewelry, wallets, etc.

We left El Salvador because of the violence and death threats. My brother was murdered on November 21, 2017. When we heard about gang members who wanted to kill us, I came to the U.S. with my mother and my husband.

When we arrived at the border in May, we surrendered to Border Control. A woman shouted at us loudly and humiliated us. We told them we why we were fleeing our country, but they insisted we were coming to the U.S. only so I could give birth to my son. An officer assaulted my husband. He grabbed him by the back, bending his arms tightly and forced him to sign a deportation order. He told us he would deny that my husband had attacked him if we reported it.

I was sent to the detention center in Otay for a month. It was ugly. There were many cases of miscarriages due to negligence.

My husband was sent to a federal prison on the pretext that the detention centers were full. I became sick due to the stress of not knowing what was happening to Bryan. A detainee who was with him communicated with his wife, and through her he was able to send me a message telling me he was fine.

I was released on bond due to my pregnancy and am now in Brooklyn, New York. I have not been able to visit my husband, who was transferred to Adelanto. But he calls me every day.

He tells me the food is very bad and it makes him sick to his stomach. He is allergic to seafood and pork and other foods — once in our country he had an allergic reaction and when we went to the doctor, we were told my husband could have died as a result of what he ate. He has black and blue bruises on his arms, but has not received any medical treatment. 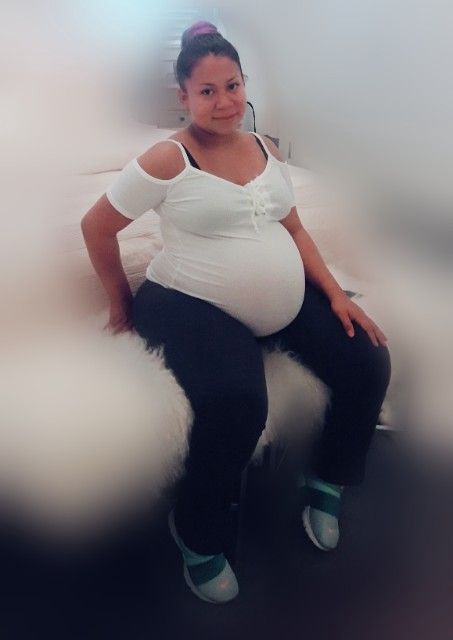 I am due to give birth in one week. My aunt has given me a place to stay, but I do not have financial assistance from anyone. I need my husband to be with me — but I need to raise $15,000 for his bail. He is on the verge of being deported. I ask those of you who read this to please look deep within your hearts and give what you can. Our situation is desperate — I am afraid if Bryan is deported, he will be killed, and I will be left here alone with my new baby and no husband.

The Nooses of Adelanto

“I’m very afraid of going back to Nicaragua.”