Recently, I interviewed Vasudha Talla, Staff Attorney for the American Civil Liberties Foundation of Northern California, about her current work around immigrant detention — and what keeps her up at night.

Cindy Knoebel: I understand that you’re actively involved in detention and immigration issues. Can you talk more about this?

Vasudha Talla: The ACLU Foundation of Northern California (ACLUF NC) immigrants’ rights work focuses on problematic areas ranging from the issue of mandatory or prolonged detention of immigrants, to ICE abuses, to conditions in detention. Our advocacy has taken different forms, from challenging the shackling of detainees when they are in court, to obtaining access to legal phone calls for detainees, to providing legal resources and monitoring medical care. In addition to litigation, we send letters to detention facilities in order to raise concerns about issues we’ve learned about. 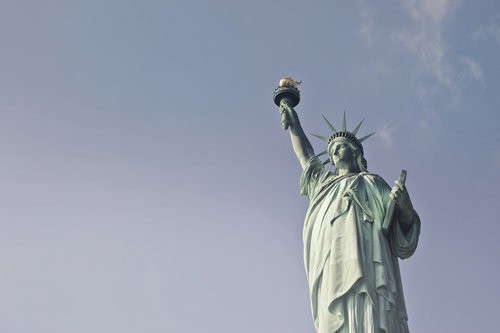 CK: And do you always get a response to these letters?

VT: Well, it depends on the facility and the scope of the issue, and whether it’s a problem we believe they are legally required to address versus an area of legal disagreement. On occasion, the facility will change its practices in response to a letter we’ve sent on behalf of different people. Some issues are obviously more difficult to address because it’s an area of legal dispute that requires ICE to devote resources to change conditions, so we have to file lawsuits to address those issues, such as the shackling of detainees in immigration court and providing detainees with access to phones to make legal calls. The facilities’ receptiveness to advocates also changes from administration to administration. For example, the Trump administration basically stopped releasing asylum seekers on parole. And while routine shackling of detained persons in immigration court has stopped, women and children are still shackled on their way to and from court, in violation of Immigration and Customs Enforcement standards.

CK: It’s difficult for people to imagine what it’s like inside a detention center. Have you visited one?

VT: Yes. Conditions vary from facility to facility. Some are not really “detention facilities,” but county jails where space has been allocated to house ICE detainees. Immigrants are supposed to be detained separately from people in jail for criminal charges, although not all jails do in fact keep immigrant detainees separate from the general inmate population.

In California, I’ve been to the West County Detention Facility (WCDF). I’ve also visited county jails and immigration detention facilities in New Jersey and also Riker’s Island. Every county jail is run completely differently. In some cases, inmates just walk around in a relatively low security environment, while privately-run centers tend to be much more locked down. What the conditions, physical buildings and guards are like can vary significantly. For example, county jails are often older. Then, of course, there’s the medical care — and that can range widely in quality. Food and nutrition tend to be worse at county jails, while abuse and racism can be worse in privately-run facilities and jails.

But when all is said and done, immigrant detention is incarceration without any due process. We can call it detention — but it’s really incarceration. Those who are confined in detention centers have little access to legal resources to challenge their situation.

Massive immigration detention is a waste of resources. Detention complicates people’s lives and ability to obtain the legal relief they need to stay with their families.

CK: Can you share a story with us about a client who’s been impacted by detention?

VT: When I worked previously with an immigration organization in New York, we represented a woman detained in a New Jersey county jail. She was a refugee who came from the Middle East as a young person. She got married here and she and her husband had a child. The relationship was abusive, and the husband engaged in criminal conduct. When the police arrested him, they also arrested my client and charged her too, though she wasn’t involved in her husband’s activity. Their child was placed in foster care; she was then in the nightmare position of having to fight both her immigration case and the New York City family court system while in detention in New Jersey.

She suffered tremendously from being separated from her child, and was utterly bewildered as to why she’d been arrested in the first place. She was terrified she would be deported without her child. She was not allowed to leave the New Jersey facility to attend the family court hearing in New York City, so we had to convince the court to allow her to participate via phone. It was completely traumatizing for her. She did win her immigration case, but I’m not sure if she was reunited with her child.

CK: What else have you been working on?

VT: On July 10 the ACLUF NC filed a FOIA lawsuit demanding records related to the treatment of immigration detainees transported by ICE. We’re looking to obtain not just the contracts of ICE transportation providers in the Bay area, but also information related to injuries and complaints by those who’ve been transported. We are representing a group of women who endured terrible conditions while being transported from WCDF to the Mesa Verde Processing Facility. They were in the back of a van, shackled, in a tightly confined space with no food, water, or air circulation. It was so hot inside they felt they were suffocating. We’ve filed a complaint against ICE on their behalf, and that case is ongoing.

In addition, our affiliate, together with Centro Legal de la Raza in Oakland, California, filed a class action suit (Aleman Gonzalez v Sessions) in March. That case challenges the mandatory detention of a certain group of immigrants. We won an order from the judge requiring the government to hold bond hearings for this group of immigrants.

CK: In your opinion, what might the administration do next? Have we reached the nadir of complete disregard for immigrants and their families? Is there cause for hope?

VT: I cannot predict what the Trump Administration will do next. We know that they have issued cruel and inhumane directives targeting immigrants, and we’ll continue fighting against those and for the rights of immigrants.

CK: So many are asking “What can I do to help?” Given your work and your experience, how would you respond?

VT: I encourage people to continue contacting their representatives to advocate for changes to the Administration’s policies.

CK: Final question: What keeps you up at night?

VT: This question: What kind of world are we leaving for our children?

To #AbolishICE, We Must Envision A World Without Immigration Detention. Here’s How.