Donate to his Bond Fund 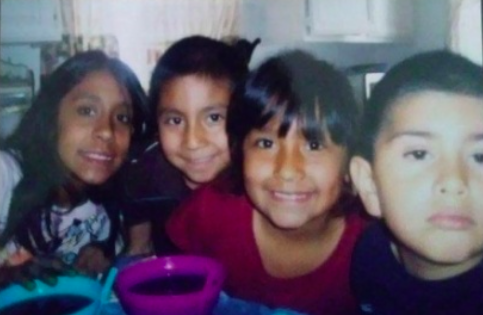 Arnaldo Garcia Duran has been detained in immigration detention since 2012. Arnaldo is supported and loved by his family. Like so many people in the U.S., Arnaldo struggled with depression and drug addiction. The only reason he is in immigration detention today is because he called the police on himself, a cry for help, when he relapsed after an attempt to quit using drugs. But police found a small amount for personal use, and this triggered the consequence of immigration detention and potential deportation. Instead of treating Arnaldo with dignity and compassion, our criminal justice and immigration system punished Arnaldo for struggling to get clean and responded with punishment instead of rehabilitation.

Arnaldo was first detained in immigration detention in Adelanto, California, near where his family lives. He immediately began working on his immigration case, which is tied to this drug conviction. On July 13, 2013, a criminal judge granted a petition Arnaldo filed to withdraw his guilty plea, which would have a very positive effect on his immigration case. Although a judge issued a court order for ICE to transport him to this hearing, ICE refused and instead transferred him to a detention facility in Arizona. When he complained about the inadequate access to medical care at that facility that he needs for a serious illness, he was transferred to Hudson, NJ, across the country from his family, where is still detained today.

The only reason Arnaldo Garcia Duran is in immigration detention is because he didn’t understand the immigration consequences of his state court conviction. In order to win his immigration case, Arnaldo must travel to the State Superior Court in California and appear in person to withdraw his guilty plea. He has been continually prevented from doing this by ICE, who is imprisoning him, and the agency has no incentive to help him.

We need to raise $7,000** to match another $7,000 that his family raised to pay his immigration bond, which would allow him to travel back to California, withdraw his guilty plea, reunite with his family, and fight his immigration case on the outside.**

Stand with Arnaldo and help us win his freedom. He has suffered from our broken bureaucracies, enough!

I Still Have Your Luggage Tag