Read and share these campaigns to take action this week

Read and Share These Campaigns to Take Action this Week 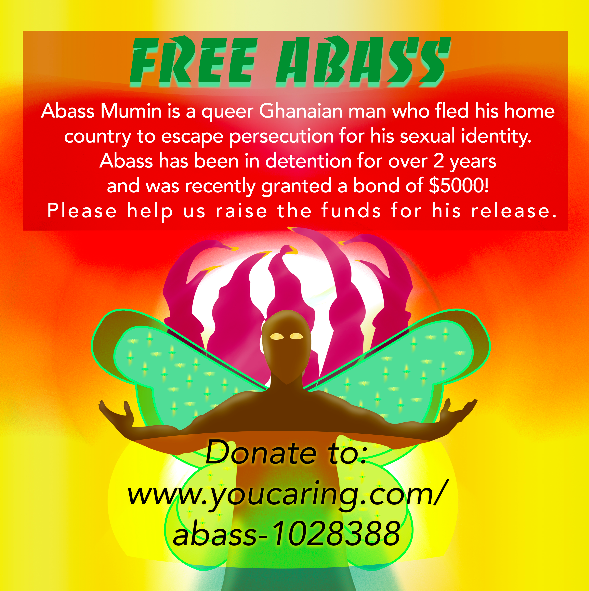 **Abass Mumin **is a queer Ghanaian man in who fled from his home country over 2 years ago, trying to escape persecution for his sexual identity. He was born and raised in a strictly religious town in Ghana, and was the son of one of the leaders of that region in his town. His sexual identity was discovered by his father, and he was exposed to his entire town and driven out under threat of death.

He eventually fled to Brazil, and then slowly migrated to the US where he surrendered himself at the border 2 years ago. He was held at the Santa Ana Jail in their gay male segregated unit, until March 2017 when he was transferred to the General Male population in the Adelanto Detention Center.

Abass has been in detention for over 2 years and was recently granted a bond of $5000! Please help us raise the funds for his release. Once released he will have the support of our organizations (Las Crisantemas, Nigerian Women Against Violence, and the Immigrant Youth Coalition) as well as a safe space to stay in the US with his childhood friend. His time in detention has been incredibly harmful to his mental and physical health and he deserves to be free!

Thank you for your support! 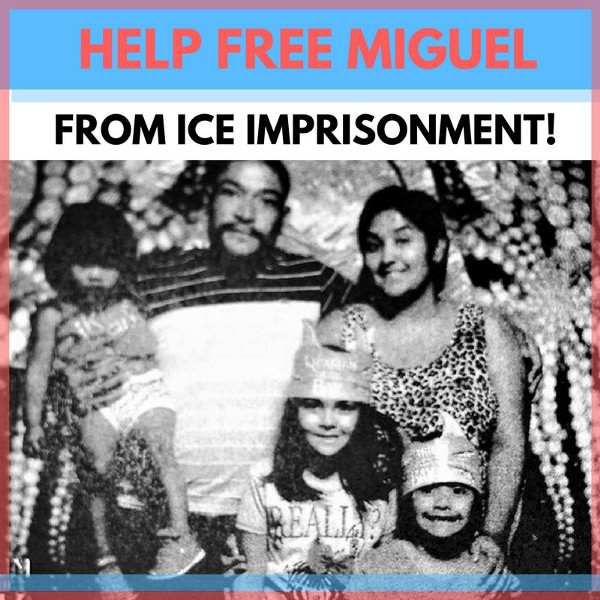 Miguel is a father of four U.S. citizen children who has been detained at the Mesa Verde Detention Center in Bakersfield, CA, for almost two years. He was unrepresented for most of his case, and the judge never took steps to investigate his clear intellectual disability. He has been sexually assaulted by a guard while in detention, and horrifyingly enough, still has to see the guard around the detention center.

With the help of Centro Legal de la Raza, Miguel’s disability was finally diagnosed, a release plan was formed, and he was granted a bond of $5,000. Unfortunately, he cannot afford that amount. The only family he has here besides his children is his grandfather, who is suffering from serious health problems.

Miguel would be so grateful if we could get him home to be back with his family. 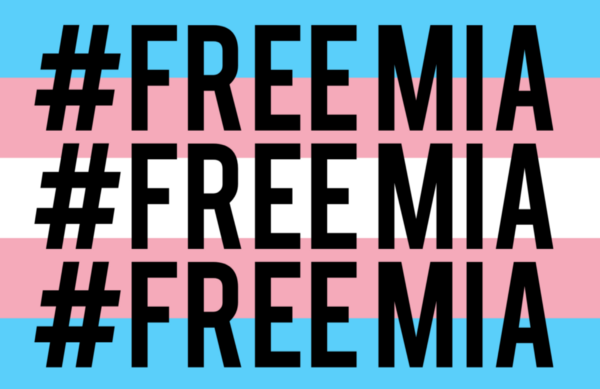 Mia is among the 8 trans women who were transferred from Santa Ana City Jail to Cibola Detention Center in New Mexico. Cibola Detention center opened up shortly after Santa Ana (Gay Bisexual Pod) was shut down due to community advocacy in May. Mia has now been in detention for over a year and her overall health has also been deteriorating by conditions in detention. After a long battle with the courts to ask for her release, she was given a $5,000 bond!

She can join her chosen families these holidays if her bonds are completely paid off.

Thank you for your continuous support!

In Community and Solidarity,
Free the People Network

Paola is an asylum seeker fleeing deadly violence and has been forced to live in a cage for 4 months. Paola was given a $1,500 bond by an immigration judge. We are committed to helping her raise the money to assist her as she fights for her freedom!

There are 34,000+ people detained in immigrant prisons all over the country right now. This an opportunity to help release our friend and community member.

Paola and many other transgender women are being forced to live inside Cibola County Correction Center, a prison notorious for deadly violence.

Any amount is truly appreciated. If you do not have the financial capacity, please share this fundraiser to help free Paola. Thank you for the support!

In solidarity,
Free the People Network 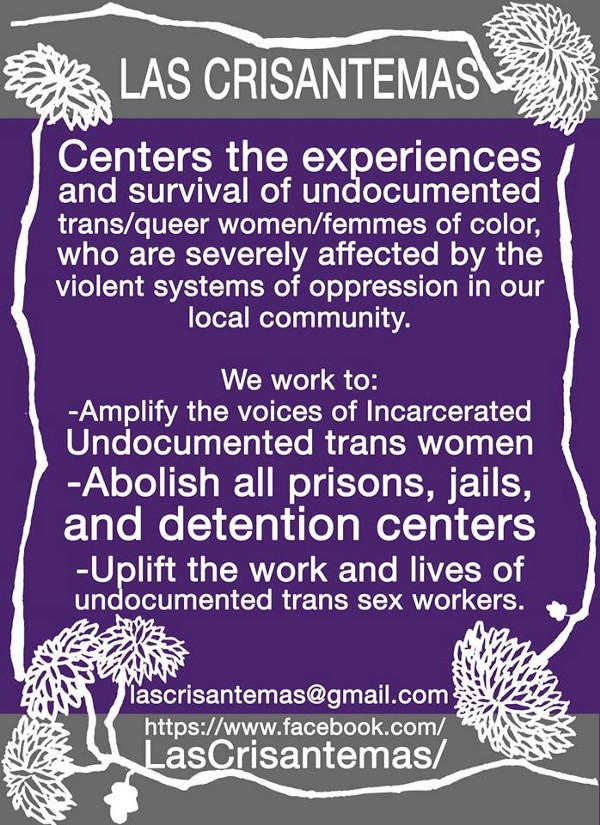 **Michael Addo and Peter Antwi **are both Refugees who are fleeing Religious violence and political persecution in their hometowns. They have been trying to fight their cases in detention for the past year now. But because of the horrible conditions they’ve had to endure in the Adelanto Detention Facility, they have decided to withdraw their cases and sign their deportation orders.

They will be released in only with with whatever they entered the country with. Please help us gather emergency funds to support them after their deportation. We are currently talking to friends they know in Ghana who may be able to assist them, however their resources are very limited as well. These funds will go to Food, Clothing, and temporary shelter until they can secure more long term support.

Thank you for your support!

“ICE, deport me or release me from detention”

Surely, in America, “land of the free,” that must mean something