The Campaign Highlights the Harms of Prolonged Immigration Detention

***October 3rd, 2017 *— **Sylvester Owino started a well-loved business, sharing his culinary gifts. Arnold Giammarco rejoined his wife and daughter after years of separation, and gained U.S. citizenship. Gretta Soto Moreno is studying for her high school diploma. All of them, and many others who have spent a prolonged period in immigration detention, are able to live their lives and bring joy to their loved ones because they are now free.

Today Community Initiatives for Visiting Immigrants in Confinement (CIVIC) and the New York University School of Law Immigrant Rights Clinic (IRC) launch the #BecauseTheyAreFree campaign to highlight stories of dignity, resilience, and hope when immigrants are released from detention. Via the website Prolonged Detention Stories****we share the personal accounts of people who have spent months and years in detention. Tina Shull of CIVIC says, “These stories highlight the abusive, punitive nature of immigration detention. But even more importantly, they also reveal how people thrive beyond detention.”

The #BecauseTheyAreFree campaign is timed to coincide with Supreme Court arguments in Jennings v. Rodriguez, a crucially important case on prolonged immigration detention. Nora Christiani and Nora Searle of NYU Law Immigrant Rights Clinic, co-curators of Prolonged Detention Stories, say, “The website is unique in that it makes different facets of the issue accessible to a general public. The**annotated Jennings brief available on the site opens the doors to the work that goes into drafting a legal document based on individual narratives, while the stories bring complex issues to life and give them a human face. Approaching the topic through stories, we convey a single message: any non-citizen in contact with the immigration system has a right to due process, and those who are released, as well as their families, their communities, and the country as a whole, are better off because they are free.” 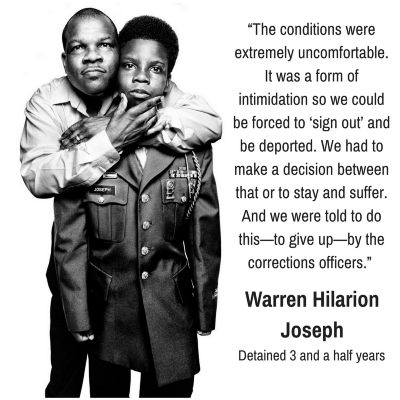 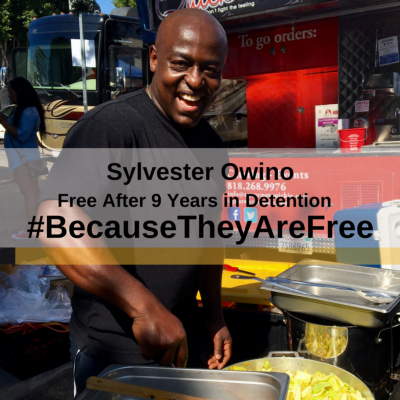 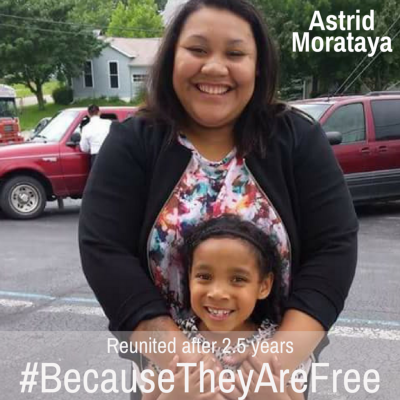 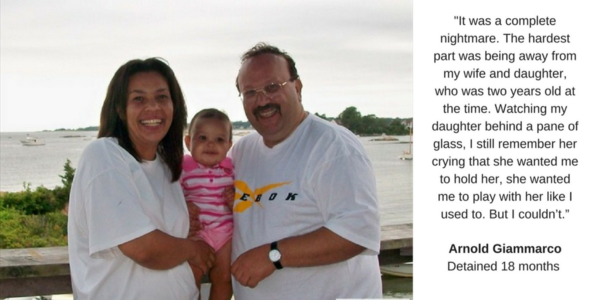 Jennings v. Rodriguez, re-argued this week in the Supreme Court, will have a profound impact on those who currently face prolonged immigration detention. *Jennings *is about solving the problem of the long-term incarceration of people who are navigating our broken immigration system. Under current law, the government detains thousands of immigrants — many of whom will ultimately win their cases — for months and even years, without the basic due process of a bond hearing to consider whether their detention is even justified.

In 2015, the ACLU won a ruling from the Ninth Circuit Court of Appeals that individuals who are fighting their deportation cases are entitled to a bond hearing once their immigration detention exceeds six months. At this bond hearing, they can secure their release if the judge finds that they are not a danger to the community or a flight risk. A similar ruling was reached in the Second Circuit Court of Appeals.

The government has appealed these rulings, and the Supreme Court will now decide in *Jennings *whether the law requires that *all *individuals who have been detained for six months will be given a hearing on whether their detention is justified. A bond hearing would afford due process and prevent needless detention — crucial steps for securing the basic rights of detained people and challenging Trump’s expansion of the detention system.

Click Here to Learn More about What’s at Stake in Jennings v. Rodriguez

prolongeddetentionstories.org* was created in 2016 by the Immigrant Rights Clinic at the New York University School of Law and Community Initiatives for Visiting Immigrants in Confinement.*

I am human, and I bleed the same color as everyone else