The sketches and art featured below were collected over the past year from immigrants formerly detained at the Cibola County Detention Center in Grants, NM. They come to us courtesy of the Program for Access to Legal Services, which is a joint project between the New Mexico Immigrant Law Center (NMILC) and the Santa Fe Dreamers Project. The Program provides pro bono legal services to low-income communities. 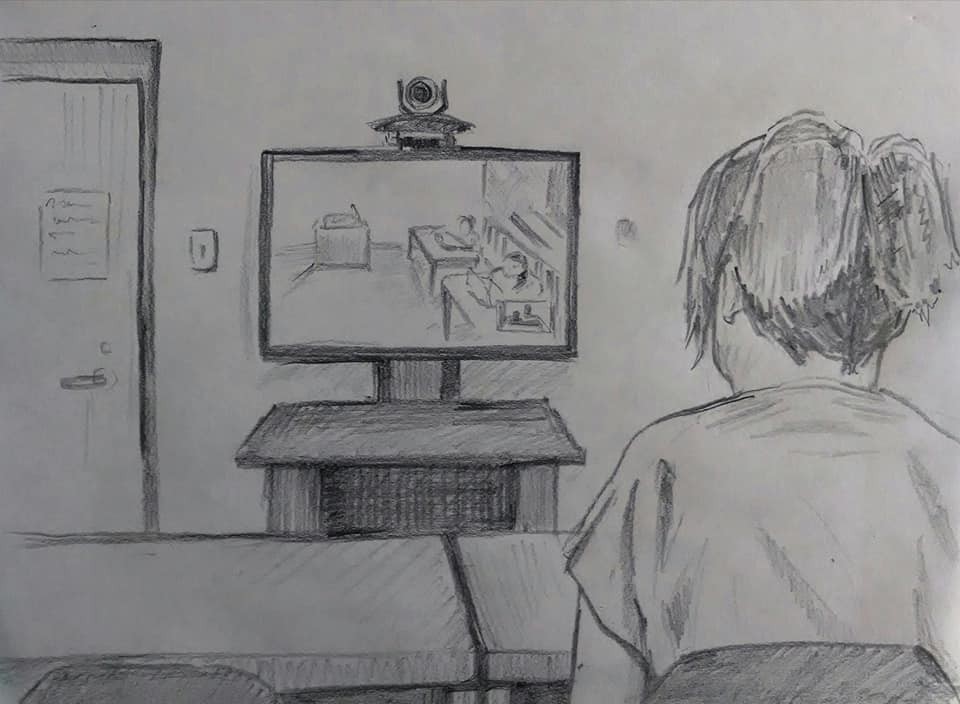 Detained immigrants at Cibola have remote hearings via video with a judge in Denver. Denali Wilson, a legal assistant with the Program for Access to Legal Services, sketched this on July 31st during the hearing of a transgender woman seeking asylum. 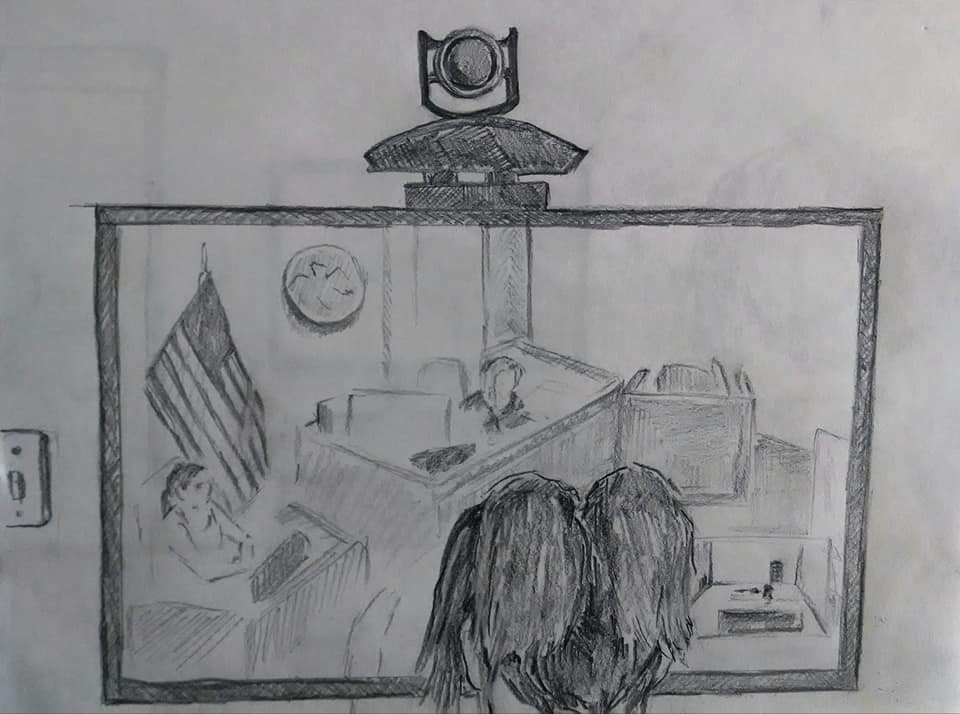 “It’s difficult for the public to have access to courtroom proceedings, and even more so when the hearings take place at a detention center by video. By sketching what I saw at the hearing, I wanted to show what the adjudication process looks like at Cibola.” — Denali Wilson 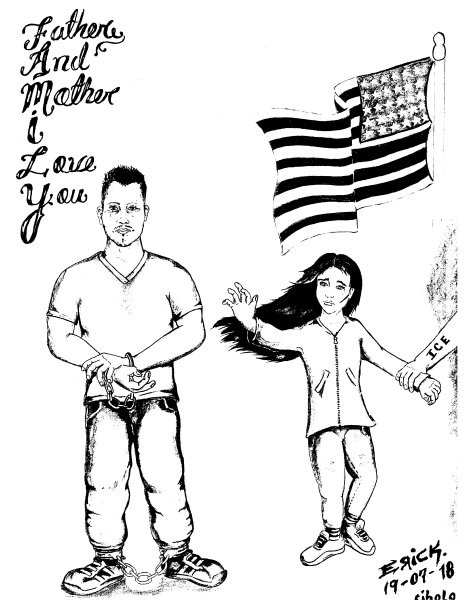 Sketch of a father in detention at Cibola who was separated from his daughter. 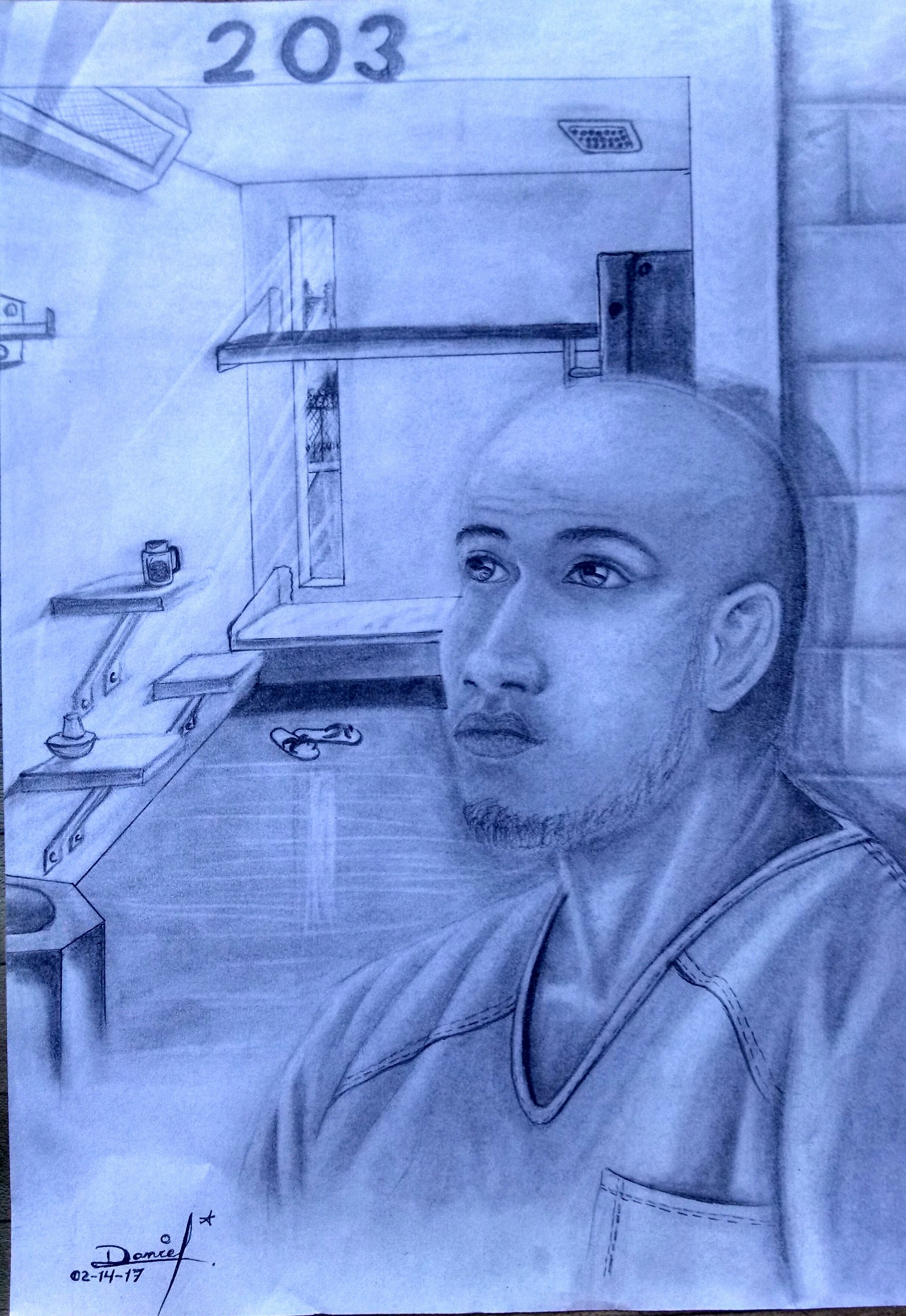 Portrait of a Guinean political refugee while detained in Cibola. Represented by the Program for Access to Legal Services, he was granted asylum last year. 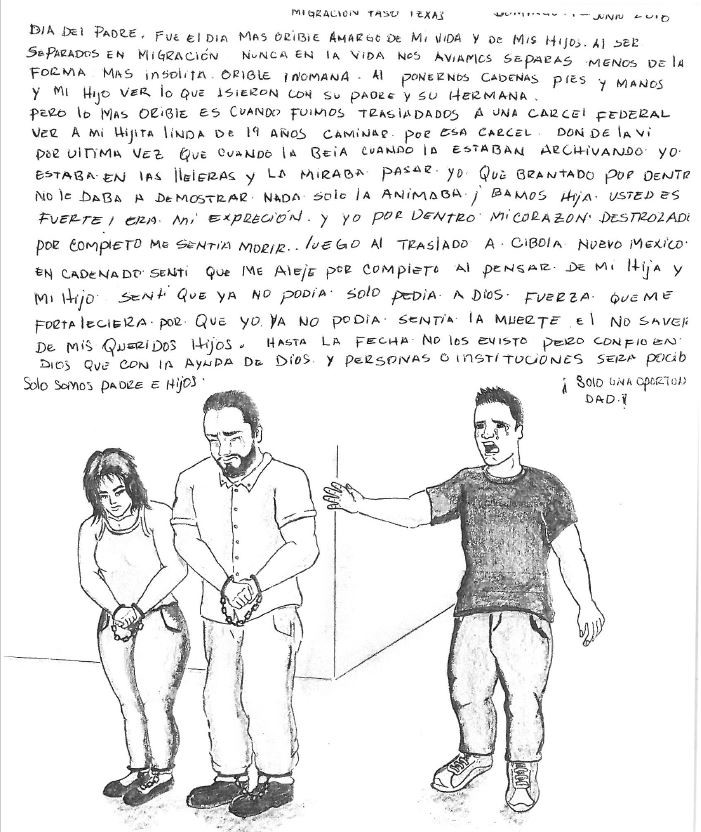 A letter written on Father’s Day by a father detained at Cibola and shared with the Program for Access to Legal Services team. This father was eventually reunited with his daughter.